Frisbee is an interesting sport. The way to play it is to throw it hard into the sky, and after it flies for a while catch it by yourself or throw it to others. Everyone knows how to play it, but most don’t know who created this kind of sport. And most people also don’t know the history, types, movements or the contest items about the frisbee. In this essay we will tell you everything about the frisbee; we will teach you how to make a paper frisbee and find out what is the best kind of paper to use to make a paper frisbee. Read this essay and you will find out everything about the frisbee.

The sport frisbee started with a pie store, an activity of some college students and a man called Walter Frederick Morrison. When these three items met each other, the frisbee was created.

The Frisbie Baking Company of Bridgeport, Connecticut, made pies that were sold to many New England colleges. It was first famous for making pies.

The pie store sold pie to college students. Soon, the hungry college students discovered that the empty pie tins could be tossed and caught. When they tossed the pie tins, they always yelled “Frisbie”. They could play this game for hours. Many colleges have claimed to be the home of the activity.

In 1937, Walter Morrison thought about the idea of Frisbee when he was throwing balls with his girlfriend. He drew his first design in 1946. Then he and his partner made the first Frisbee with plastic and called it the “Flying Saucer” in 1948. In 1955, he designed a new type of Frisbee; because the UFO was very popular, he named it the “Pluto Platter”.

In 1957, the Wham-O company bought the Morrison Frisbee company, and they still called it the Pluto Platter. When the founder of the company, Rich Knerr, sold the Frisbee in east America, he discovered the activity, “Frisbie”, of the college students, and he decided to name his trademark: Frisbee. Because he didn’t know the allusion to the Frisbie pie store, he spelled it, “Frisbee”. Then the Frisbee became famous.

There are two kinds of frisbee: distance and accuracy.

This kind of frisbee is 170 grams and the diameter is 29 centimeters.

There are many ways to throw the Frisbee, and three of them are very common. They are the backhand throw, the forehand throw and the hammer.

The items are divided into two types: team sport and individual. Both of them are divided further.

The team sport is divided into ultimate and guts.

To play an official game, you’re going to need fourteen players, some kind of field and, of course, a flying disc. Ultimate mixes the skills and strategies of soccer, basketball and football. Speed, smarts and a good pair of lungs are the key.

The game of Guts is, as its name implies, the hardest, the most tiring and need-the-most-energy contest in which a Frisbee is used. While there are several variations, Guts has been and will continue to be the ultimate test of a competitor’s true mettle.

There are many kinds of individual games, such as distance, maximum time aloft, throw-run-catch and disc golf.

Throwing for distance is much more involved than it may seem. Because of the lightweight nature of the disc, many factors come into play, which do not affect other thrown objects. The basic idea is to throw as far and as accurately as possible. Players get five throws each. Net distance is determined by measuring the distance of the throw along the centerline minus the distance off the centerline. Each competitor receives five attempts. The best effort will be recorded.

Grab four or twenty of your golf discs and head for the hills or the forest, the park, wherever. Make up the course as you go. Try not to forget it or get lost. Get better and head to an established course to mingle with other golfers. Wherever you play, the vibe is casual. Then there are all the polished shots and wicked spins you learn as you get better.

Like distance throwing, formal accuracy competition is more of a pure test of skill than a game. There are, however, particular strategies which help to produce consistently good scores. Accuracy and golf require much the same type of skills. There is a major difference, however. Golf has no second chances. You must assess the situation, choose your shot and offer it up. If you are wrong, you can take it into account in the next similar situation. Accuracy presents that situation immediately. The great accuracy throwers are capable of immediate and effective adjustment. Each shot affects the throw of the next.

How does one relate the rules when there are none? Freestyle is back and bigger than ever. Whatever your routine, you'll soon spin and roll yourself and your disc into the freestyle spotlight and community. Whether you are at the beach for fun or at an official tournament for all that prize money, you'll never be denied the chance to create, invent and express your freedom and your style.

First, take a piece of paper.

Second, draw a big circle on the paper.

Third, cut out the circle.

Fourth, draw a smaller circle in the big circle.

Sixth, cut down the lines and fold them

Seven, you will have a paper frisbee.

We chose four kinds of paper, because they are the easiest to get.

We found out that the frisbee made of cardboard can fly the farthest. We think some paper, such as white paper and drawing paper are not good for making a paper frisbee. We think the reason is that these kinds of paper are too soft.

Frisbee is a fun sport; making a frisbee is fun, too. We know there are many kinds of contest items, movements and kinds of frisbees. We also found out the papers that are too soft are not good for making paper frisbees. So if you want to make a paper frisbee, don’t forget to choose thicker paper. 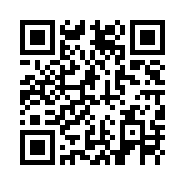